March 13, 2018 pwrtaylor The Art of the Craft, The Blog Leave a comment

By Hope Bolinger, a professional writing student at Taylor University

Pantsers (not the people who yank down pants at will) are the type of writers who thrust themselves behind a screen and begin typing . . . without an outline! I know; people at writer’s conferences seem to freak out about them, too.

I’ve attended numerous sessions at such conferences where the instructor insisted writers must use outlines and this novel-on-the-fly format must, well, fly south for the winter.

But, considering pantsers make up at least half, if not a majority, of writers, and considering famous authors such as Stephen King and George R.R. Martin deem themselves to be pantsers, some pros must exist for this daring group. Consider the following upsides to pantsers:

Pantsers tend to approach novels with character-based stories instead of plot-driven ones. This allows for colorful characters with personality. Take Stephen King, for instance. In a plot such as “It,” villains don’t come more vivid than that of Pennywise, the clown in the sewer.

Without word goals per chapter, this allows for writers to have more leeway when dabbling in purple prose. Granted, the editing process will trim some of these delicate descriptions through time. But in writing, sometimes it’s easier to cut than to add.

As a plotter (the opposite of pantser) I can attest that the outline forms both a foe and friend. Even though it provides stability, if I want to kill off a character or change a minor detail, I may have to completely redo the outline. Not so with the pantsers. Furthermore, their plots tend to be less predictable because they don’t follow the stringent formula of the outline. This can allow for new tropes and a world full of unchartered waters in the writing world.

Pantsers are the type of writers who say, “What rules?” before they proceed to break conventions.

Pantsers discover their worlds along with their characters. This helps them to embrace such works with a childlike wonder. We can only read through a book for the first time once. The same principle applies to a writer and his plot. With a plotter having spent days or weeks on the outline, they have been through the story countless times and have lost the mystical awe that accompanies new discoveries in a writer’s world.

So, pantsers, remember you have strengths, too. Sit at that keyboard, begin typing, and fly—fly at the seat of your pants. 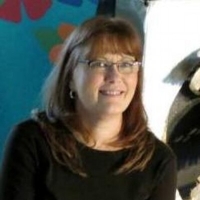 Editing tailored to fit your needs

A place where I think about my passions: reading, writing, editing, publishing, and teaching

write where I am

A place for Professional Writers past, present, and future.